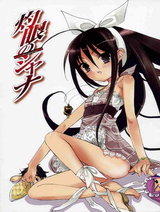 enter into the world of anime

ok,now,about ash,and almost all the characters there,it's been years since pokemon was created,shouldn't ash be like 20 years old?and if u think about it,there was this movie where ash celebrates the day he and pikachu met,so that would have been 1 year after,so he would have been 11,then in these other ep,it slips ash's mouth the word "over the years",in the english version,like he was talking to may i think and told her that OVER THE YEARS he became more experienced with pokemon,s is ash ever getting old,cuz i wanna know the secret to never-ending youth lol!!^^

Reply to this Topic

lol I wanna know to!!

Cash cow franchise people, the older he grows the less interested kids are, so he is given near immortality.

lukcy bastard -.-", get sto saty young forever...wouldnt hurt to put some more romance in the show..but then kiddy kids would be like "ewww"

Haha me and my friends always mention this any time Pokemon comes up in conversation. I've also always wondered why Pikachu isn't pretty much completely unstoppable by now lol. In any of the games he (or maybe she?) would have been level 100 for a long time considering the number of battles they've won.

Oh and yeah the lack of romance starts to get on my nerves any time I happen to watch the show. Ash has had so many great choices too!! lol I kinda wish there would be a side story of it or something oriented at older audiences........

lol i totalluy know what u mean!!>.<!!but cant they at least put some romance parts liek holding hands even if it's just for a dumb reason like..not getting lost in the forest or something like that?, it'll make us happier at least ^^

this is and interesting conversation you got here but i think its more action than romance but it well be more interesting if it did add a little romance in the show wait in one of the show misty did hug ash that some isn't it.^^